Home Business Can You Use Game Theory in Business?
Business

Can You Use Game Theory in Business? 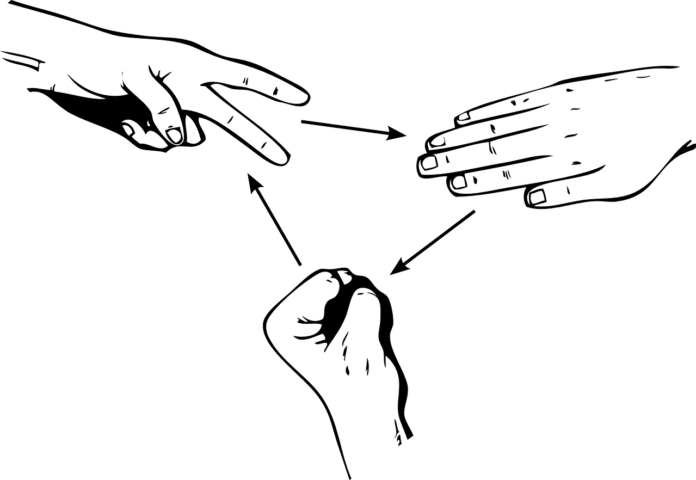 Starting a small business can be quite a challenge. To run a business successfully, business owners need to do thorough business research and understand the consumers they are targeting, the companies they are competing with, and the strategies they can use to effectively stand out in the market.

Business owners can benefit from researching game theory, which refers to a theoretical field of study in social sciences that applies mathematical models to predict likely outcomes in given scenarios. Game theory aims to predict how people and organizations will act using real-life, strategic situations.

Here, we’ll look at three examples of applied game theory that help to demonstrate how it can be used in business (and why it might be a helpful method the next time hard times strike).

It’s fair to say that empathy in leadership is one of the most important skills to have when you’re in a position of authority in business. Empathy essentially amounts to trying to see things from others’ perspectives, and it matters a great deal where this application of game theory is concerned. Figuring out what drives people is actually the key to winning rock-paper-scissors, which only has two possible outcomes: a draw, or a win for one player and a loss for the other. To achieve the best result, you have to understand your opponent.

Let’s say you and your brother are playing rock-paper-scissors, and he always uses rock on the first throw. You might second-guess yourself — what if he anticipates you using paper against his rock? But ultimately, it’s simply safer to use your opponent’s tendencies to your advantage. It’s unlikely your brother will switch out of using rock after countless games. Boiling this kind of thinking down to rock-paper-scissors may seem exceedingly simple and small. But the fact is, we see these same kinds of calculated reactions all the time in business. Retailers know, for instance, that offering attractive sales during off-seasons can bring in more customers to buy clothes, so they calculate the best collections and price strategies accordingly. They rely on established patterns rather than trying to out-smart themselves (or their customers).

Poker: Use whatever information is available to you

Some games have perfect information, where rules, possible choices, and past history of play are known to all participants; these games, like tic-tac-toe and chess, can be “solved” by pure strategy. On the other hand, a game like poker involves incomplete information, making it more challenging because no pure strategy ensures victory. To calculate poker odds, for instance, you need to know exactly what hand/s you’re up against. However, this isn’t possible because you can’t see your opponent’s cards. You can make a smart guess, but you won’t know for sure until the cards are shown and it’s too late.

The trick then is to use what you do know against your opponent. You know the likelihood of certain cards showing up, and you can observe your opponents’ betting patterns throughout the game. This is how pro poker players can bluff their way to victory, regardless of the cards they may have themselves. The same strategy is used, more or less, in some business settings. In any sort of negotiation over a deal or contract for instance, a savvy business operator can anticipate a counterpart’s actions and act aggressively to unsettle said counterpart –– ultimately forcing a more favorable deal.

Mahjong is a tile game that is helpful in a number of ways. In fact, playing this game is even said to improve executive function and slow cognitive decline in elderly people! The way it works its simple: Players take turns drawing tiles or claiming discarded tiles from a previous player. You win once you complete four sets and a pair of tiles. The dominant strategy players use is to make choices that benefits them the most. However, the best response is actually to cooperate and ensure the most advantageous outcome for all players –– which is where an element of game theory comes into play.

Theoretically, you can discard low-value tiles for your opponents and let them complete their hands — so that you can focus on high-value tiles for more points instead. We see this negotiate-to-win strategy in a variety of business settings, such as during conflicts between worker unions and management. The optimal solution is to increase wages by examining different options, which can maximize both the welfare of workers and management.

Naturally the different games, theories, and strategies above apply in different ways and to different companies. Broadly speaking however, we can see that business leaders can make use of these kinds of strategies.

A Must Consider Aspects While Selecting an Online Casino Betting Site

Since the internet and the growth of modern technology, gamblers have been able to play at online casinos. There's no doubt that...
Read more
Business

All About Kids Beds

A child’s room is the most comfortable and secure place for a child. They spend most of their time playing and sleeping...
Read more

How Significant is the CFA ESG Study Material for Exam?

The CFA Institute is a global association of investment professionals that have been around for more than 80 years. It has over...
Read more
Load more

Newspaper is your news, entertainment, music fashion website. We provide you with the latest breaking news and videos straight from the entertainment industry.